Flint resident Teresa Teal with a “wall” of water bottles, created to protest Donald J. Trump’s visit on Wednesday, outside the Flint Water Plant in Michigan.

WASHINGTON — The Senate on Thursday approved legislation to spend $270 million to aid the residents of Flint, Mich., and other poor communities that have suffered from lead-contaminated water, attaching the funds to a broader bill authorizing $9 billion to repair ports, dams, levees and other water infrastructure in 17 states.

The measure, the Water Resources Development Act, includes no immediate funding for that water infrastructure; rather, it maps out projects that would be eligible for future federal spending from Congress’s appropriations committees. Lawmakers have used past water resources bills to brag to their constituents about projects that may never be funded.

However, the Flint spending, if it also passes the House, would take effect immediately. Michigan’s senators, Debbie Stabenow and Gary Peters, both Democrats, spent months pushing for money to help their state recover from the water crisis. Its addition to the water resources bill came after the senators sought unsuccessfully to attach it to other pieces of legislation, and to move it as a stand-alone bill.

The Michigan lawmakers sacrificed another state priority to pay for the safe drinking water programs. The Flint provisions would be covered by cutting $300 million in spending on Energy Department research on advanced vehicle technology.

The measure passed on an overwhelming bipartisan vote of 95-3.

“Today’s passage is an important reminder to the nation that the crisis in Flint is far from over,” Ms. Stabenow said in a statement. “Today, families still cannot drink the unfiltered water that comes out of their faucets! Now, our colleagues in the House need to act as quickly as possible. It’s also essential that the State of Michigan fully meet their responsibilities to solve the water crisis.” 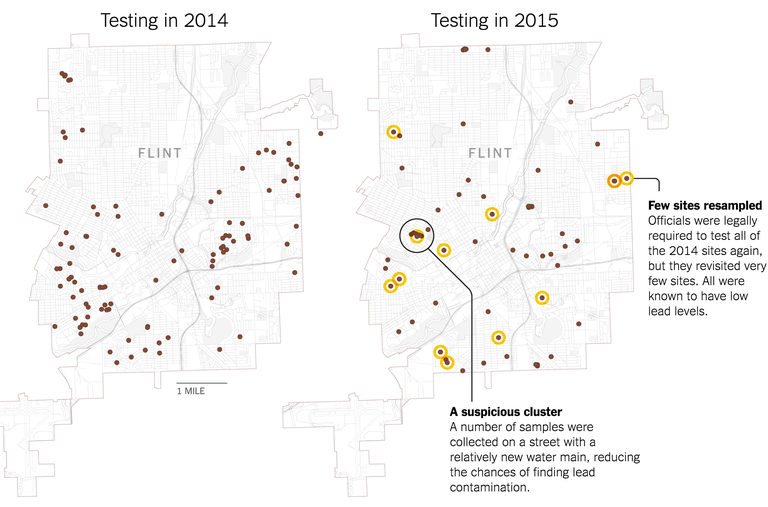 Officials used flawed testing methods, making the levels of lead in the water supply appear far less dangerous than they were.

The broader bill is less than it may appear, said Stephen Ellis, the vice president of Taxpayers for Common Sense, a Washington-based group. “The bill authorizes a lot, but spends only a little,” he said.

Of the direct spending to aid Flint and similarly afflicted communities, he said, “The question will be whether Congress will make this a priority in the future, or is this just a flash in the plan.”

The House is expected to take up a smaller $5 billion water infrastructure bill next week, but it does not include the Flint spending. House backers of the Flint spending are seeking to attach it to some other legislative vehicle, probably a must-pass short-term spending bill expected to come to the floor this month.

Some House Republicans, including Representative Fred Upton of Michigan, the chairman of the House Energy and Commerce Committee, have supported pushing the measure through.

“Today’s Senate vote marks an important milestone as we work to fulfill our commitment to the folks of Flint,” Mr. Upton said.

Still, its prospects in the House remain unclear.